Learning to write an academic book

Nearly every idea and scrap of information needed to write my book Scented Visions
is already in my head, my doctoral thesis, my files or on my bookcase. The process of transforming my PhD into a book is less about learning about smell in nineteenth-century art and much more about learning how to improve my writing and the structure of my arguments and to recognise the true significance of what I have to say.


Back in May, I wrote an article about the key things that I was thinking about in making the transition from a dissertation to a monograph. Having spent several hundred hours writing since then (around my job at Sotheby’s Institute), I have reached some new conclusions. I would love to hear from other academics about what they have learnt about their writing quirks and how they have made the transition from PhD to book, but here are my most recent discoveries.

Until recently I found it almost impossible to ask for help, but in the last few months I have found getting feedback on my writing from my colleagues incredibly helpful – leading me to realize that drafts that I thought were nearly finished were in fact anything but!


One person who gave me feedback made me realize that in editing my work I have to listen to the little voice in my head much more. Almost every note that she had scribbled in the margins of my manuscript had flittered through my head at some stage already, only to be batted away as too difficult.  Now I know that I need to attend to even the vaguest of my doubts. My gut instinct is right.  Another colleague suggested that they would like me to give more of my Victorian quotes directly rather than in paraphrase - and this led me to realise that where this was the case, I was sometimes masking the fact that I was stretching a point further than the original text would allow for.


A third colleague made me realize that I had attended too much to luring the reader and thinking about what they might want to read about (something that I had very consciously set out to do) at the expense of laying down the building blocks of my argument. My introduction read as an excited “come with me and I will take you on a magical mystery tour and you will love everything I show you” rather than as a roadmap for the journey. This realization meant that I have just spent two weeks leave placing my work under anaesthetic and opening it up for major surgery to insert a much stronger backbone. I had previously thought of the piece as nearly finished, so the idea of cutting it open took all the courage I could muster, but it all came together again and is now much stronger for the changes. 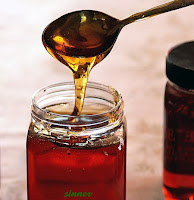 It seems to me that a kind of magic occurred during those two weeks. Sentences and paragraphs which I had long been very happy with, and which had locked into place, hard as toffee, suddenly became molten again, enabling me to get my spoon in and start moving things around or removing, as needed. I need to try not to get too attached to any one sentence or passage, as it may not be serving me in the wider context of the shape of the chapter. I realised that in places, I was holding on too tightly to certain ‘power quotes’ - fascinating, strongly worded and often seductive phrases by others that are highly relevant to my argument – but which were not allowing me the flexibility to mould my paragraph in the way that I needed. I have to put my voice up front more in order to better signal the direction of my argument. During my PhD I often thought of writing my thesis as like doing a giant jigsaw puzzle, fitting together all the wonderful research material that I have gathered. The problem with that approach is that it allows the material to be in charge – rather than me. I must set my agenda, and not let the lovely quotes take control!  Doing away with this jigsaw strategy allows me to mould my paragraphs my way, and not be tied to finding pieces that interlock. Does that make sense to anyone but me?!

Near the end of the two weeks there had been big improvements but something still wasn’t quite working and I decided to try something different that had worked for me once in the past. I printed out my chapter in a small font with single line spacing, one paragraph to a page, and trimmed the excess white paper. I then laid it all down on the hall floor, so that I could look at it differently, and feel free to move things around to see how they worked best. This brought a real breakthrough for me - leading to a new and better opening for the book.

I do still agree with most of what I wrote back in May, but I would suggest that those key points  be followed in moderation. For example, I wrote before that I was trying to convey more of my own character but since then I have done away with most of the ‘I’s’ and the more personal touches, because I am writing for an academic press. Thanks to one of my colleagues, I realise that in the interest of attempting to write for a wider academic audience, I had fallen into the trap of making my writing match the seductive quality of some of the Victorians that I cite! In fact my writing is stronger when it works a little less hard.

Developing the characters in my research more - even the 'bit part' ones, has however proved very successful.  For example, I quote various art critics who wrote about the idea of smell in nineteenth-century art. Previously, they had mostly been faceless names, who served me only in that they made comments pertinent to my argument. But I have found that even a little research into their lives has led me to make all sorts of relevant discoveries into their motivations, which can in turn strengthen my argument.

I expect I will be back in a few months, to say that this is all nonsense! It is certainly a learning curve and I see now that doing the PhD was only the beginning.
Posted by Christina Bradstreet at 04:20